Sharg Uldusù embraces projects with a passion for music of the near and middle East, pursuing collaborations with guest artists; our view encompasses a broad geographical area, many countries and cultures that lie on the shore of the Mediterranean Sea, “Mare nostrum”. Cultures now apparently so far-away, but with common ancestors

A laical view that covers art and beauty, sharing aesthetical values for a better understanding of present-day cultures

We play traditional Mediterranean and Middle East music with traditional instruments, with contaminations of Jazz and World Music, experimentation that opens new sonic horizons, a rhythm of exotic dances which smell of dates and couscous: all of that is noticeable in Sharg Uldusu’s projects

Meeting (each other) becomes Music

Meeting is the constant in all the band’s history: chance encounters with people with similar interests, music-induced rendezvous. People who come together to build something new, based on the players previous experiences

What we have in common is the interest toward places that were home to ancient cultures, forefather of ours; the enjoyment of spending afternoons in shops in Essaouira or Istanbul, the pleasure of touching strings, leathers and woods, some just hand-crafted, others hanging by the walls since decades; the joy of talking without words, just using sounds or a brief look.

Once the journey is started, the path goes by itself, widening horizons and relationships, ideas, proposals, projects.

The “Ensemble” is a homage to tradition, a musical performance based on traditional songs from countries across the Mediterranean Sea, such as Morocco and Turkey

The “4Tet” connects Mediterranean music suggestions with a solid jazz base, lightened by the play of oud, aerophones, harmonica and percussions

This journey will show us all that and a lot more. It wants to be a tribute to the many cultures that gathers in Italy, conveying harmony through art and music.
In troubled times, as the one we are living in, where words seem often to be perceived as a source of equivocacy or as a mean of offense, we agree with Elias Canetti’s words:

“Music is the best consolation cause it doesn’t create new words. Even when accompanied by the words,
its magic prevails and erases the words danger.” 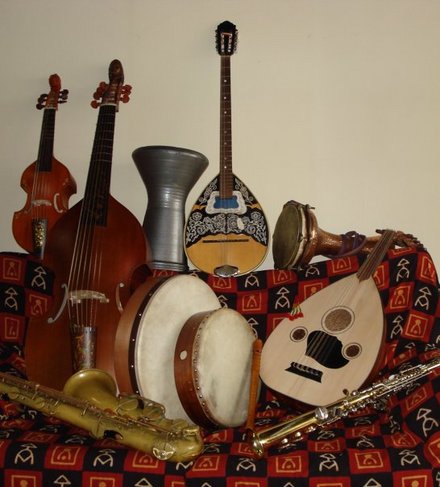