Sharg Uldusu Ensemble’s journey began in 2002 with the aim to discover new musical paths between east and west. 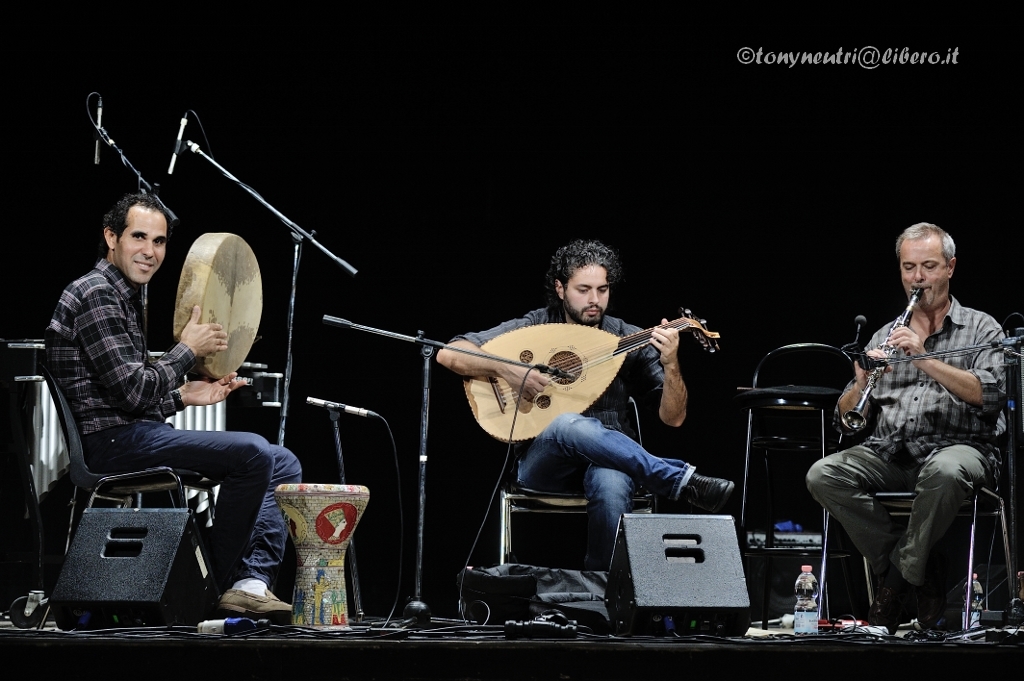 The Ensemble starts out by playing traditional music of a broad geographical area, between Turkey and Magreb. In the following years a whole new world of sounds, instruments, musical languages and rhythms is added.

Thanks to collaborations with artists from Azerbaijan, Iran, Syria, Morocco an unique and original sound is born.

“…the East is a shore to the West, the gravity of ancient codes turns into a landing port where several are the alphabets and the languages… sounds that have seen thousands of moons and thousands more they will see again because they are children of an eternity that the trio superbly preserves between dream and reality…”

“…Sarevan, with its strong musical feeling, is an explosion of joy and freedom that find the greatest, happiest and healthiest expression in music. In comparison with so much improvised and cheap stuff, this work is an authentic immersion in a real world, in a music performed by people who really live and love it for its deep and suggestive value and for the emotions it can give.”